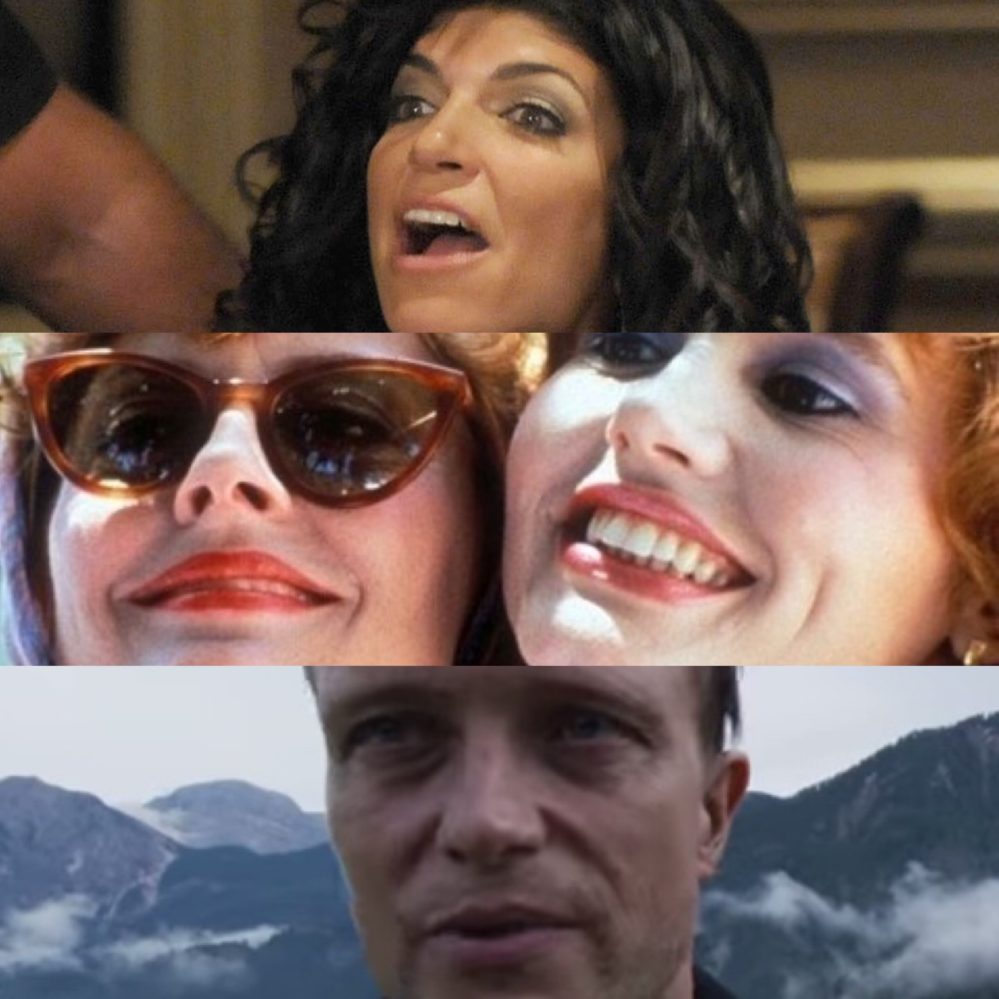 What do Real Housewives, Thelma & Louise and Terrence Malick Have in Common?

And it’s the same pattern you can find in art-house cinema like Terrence Malick’s latest film A Hidden Life.

It’s a pattern that underlies so many different genres of storytelling because it often underlies the very rhythm of life and the difficult choices we sometimes have to make.

In this article, I’m going to use The Real Housewives as a real-life example of how to break down the components of this story pattern and then explore how movies like Thelma & Louise and A Hidden Life employ those same components to build their dynamic structure.

THE REAL HOUSEWIVES OF NEW JERSEY

In the current season of The Real Housewives of New Jersey, matriarch Teresa Giudice has a clear dramatic choice on the table –

For those who don’t watch the show, Teresa’s husband Joe is technically an Italian citizen who never bothered to apply for official US residency – he was convicted of tax/bankruptcy crimes a few years ago and now faces exile to his native country following his release from incarceration.

On an external level, fighting Joe’s deportation means filing yet another appeal to the courts for him to stay in America –

But the decision carries much deeper emotional stakes for Teresa –

In other words, Teresa has been doing everything in her power to provide her daughters with a sense of family amidst their emotional tumult – and if Joe now gets deported to Italy, it means they have no real shot of ever truly coming through the other side of this ordeal.

The very thing Teresa has been fighting for all this time – her family as she knows it – will officially come to an end.

In this sense, Teresa feels she has no option but to file another appeal…

These appeals cost money. A lot of money. Teresa has already funneled so much of the family’s financial resources into Joe’s defense and this next step will only set them back further.

Worse yet, the appeal is a losing proposition –

Joe has already been denied several times and there is very little reason to believe that a higher court would side in the family’s favor.

This means that Teresa would likely use most of their means to help Joe to stay in the US, he would likely be deported regardless, and then she wouldn’t even have the money necessary to support the very family that she was fighting to keep intact in the first place.

Continuing to fight for Joe’s residency poses way too much risk to make the crusade worth it.

Which essentially makes this situation a lose/lose scenario.

Giving up the fight isn’t an option – because it means the loss of Teresa’s family.

But to continue the fight is way too risky – because it means almost certain failure and an even more dramatic undermining of said family.

So the question then becomes…

“Is it worth taking this gamble if it’s their only chance at success?”

“Does the risk outweigh the possible reward?”

“At what point do you throw in the towel and surrender what matters most to you?”

If the deck weren’t so deeply stacked against Teresa on both sides of the equation, the story would never hit these kind of deep, penetrating questions.

That is what makes it such a compelling dramatic bind…

And there is an art form to the dramatic bind here –

There are clearly defined components that make up its enthralling design –

* The choice on the table needs to mean so much to the hero that not taking action is simply not an option (“If I don’t make this choice, I lose everything that matters most to me…”) –

* Worse yet, this choice perhaps carries worse consequences than if the hero were to simply never undertake this journey in the first place.

* But this choice is the only option the hero has got.

Can you feel the elegant construction of this dilemma? Can you feel how it presses the hero against the very limits of what matters most to her? Against the deepest risk? Its simple (but sophisticated) design draws the hero (and the viewer) into an unseen unstoppable dramatic current.

Whether to go on the run.

It means being blamed for a crime that was actually committed against them, it means surrendering to a system that will unfairly blame them and likely incarcerate them, it means willingly letting their lives be ruined.

3) But going on the run means almost guaranteed failure –

They’re wanted in multiple states by the FBI – they’re almost sure to be apprehended – which means being charged with more crimes, receiving more severe punishment than ever and even possible death. They’re essentially jeopardizing the very freedom that they’re fighting for in the first place.

They can’t turn themselves in, they can’t go back home – their only chance at maintaining their freedom is to risk heading to Mexico and somehow managing to create a new life for themselves there.

1) Austrian farmer Fritz has a clear dramatic choice to make –
Whether to refuse pledging allegiance to Hitler during the height of the leader’s power in WWII.

It means compromising the very religious and political values that have defined his life; if he were to pledge loyalty to Hitler for the sake of self-preservation, how could his life continue to have any kind of moral or principled meaning? How could he be a worthy father if he weren’t willing to actually model and embody the virtues that he wants to instill in his own offspring?

Fritz knows he will likely be murdered for his convictions, which means losing the very life for which he is taking a stand in the first place. It means depriving his daughters of their father, his wife of her husband and his mother of her son. It means abandoning all the things that he cares most about, the very things inspiring him to take this stand.

A morally compromised life would hardly be worth living – which means his only chance at true fulfillment is to risk the taking this stand and somehow surviving to see another day with his family.

How This Relates to the Flow of “Real Life“

The Real Housewives of New Jersey shows us that this lose/lose dramatic dilemma is not simply a trick of narrative storytelling, but it’s actually an underlying rhythm of life –

It’s a naturally-occurring bind that forces us to define our personal values, to weigh the consequences of our convictions and to make conscious choices about what matters most to us.

Think about some of the things that you have doggedly pursued or wanted (whether it’s a romantic partner, a career or a spiritual quest) and the risk you have had to undertake in relationship to this desire – both the risk attached to the desire itself (how it might jeopardize your current relationships, your current comfort, your current family dynamic etc) and also the risk of what you stand to lose if you don’t go for it (how life would be compromised or intolerable if the desire were left unfulfilled).

It’s the same bind Vicki Gunvlason navigates while clinging to her romance with Brooks in The Real Housewives of Orange County.

As always, consciousness creates the opportunity for transformation –
Once you recognize the structure underlying this dramatic dilemma, you can use it to explore struggles, conflicts or binds of your own – to either make compelling storytelling choices for your fictional characters or to navigate your life’s actual dramas…

You can use the following questions as an exploratory guide:

1) What is the dramatic choice on the table?

2) Why is this choice so important to your hero (what does its success or failure mean to them)?

3) Why is not making this choice simply not an option (what are the consequences if the choice is not made)?

4) Why is this choice almost certain to fail (how is the deck stacked against your hero)?

5) How does failure in this choice result in even worse consequences than if your hero never took action in the first place?

6) How is this choice the only option your hero has got?